Hell is not a place we like to think of. We would rather spend our spiritual efforts imagining the glories of heaven. But, like it or not, the existence of heaven’s counterpoint is written plainly in Scripture. Jesus himself spoke plainly of about this. Jesus says, “Anyone who says to a brother or sister, ‘Raca,’ is answerable to the court. And anyone who says, ‘You fool!’ will be in danger of the fire of hell” (Matthew 5:22). It seems pretty cut and dry; hell is the place you end up if you forsake the Lord.

But is it really that simple? Understanding the biblical doctrine of hell is complicated by the many unbiblical images we often associate with it. We picture hell as dark and cavernous, one where flames erupt all around you; the red-horned Devil roams freely with his pitchfork in hand and serpentine tail swinging back and forth. These images populate horror movies, comic books, and television shows, but do not convey biblical reality.

What is hell? Perhaps the larger question is: Did God create hell as a place of torture? If hell is a place of torment and punishment, then how do we reconcile this with the God of love and mercy? Did the one who created the heavens and the earth also create the depths of hell? These are not easy questions to answer. If we wish to tackle the question ‘did God create hell?’ here are three things we need to keep in mind:

Hell Is Devoid of Life

The Bible uses all sorts of images when attempting to describe hell. Hell is never pictured in just one way. Hell is pictured as a “lake of fire” (Revelation 20:14), a place of eternal torment (Luke 16:23), or a place of punishment for sin (Matthew 13:42). These images are vivid and frightening. They are, however, just that: images. Scripture uses these word pictures to describe a spiritual reality that is devoid of all life. Although hell is pictured as a “place”, this place is understood as the antithesis of eternal life. One cannot exist outside God’s loving and gracious presence. Thus, Scripture predominantly describes hell as a place of death.

We see this in passages such as Romans 6:23. Paul writes “For the wages of sin is death, but the gift of God is eternal life.” Paul contrasts the eternal state of life, found through faith in Jesus Christ, with the eternal state of death, rendered as a result of one’s sin. It is interesting, however, that Paul does not suggest that the wages of sin is eternal punishment. The consequence of sin is death, not torment. This is consistent with Jesus' words in Matthew 10. Here Jesus warns people to fear “the One who can destroy both body and soul in hell” (Matthew 10:28). Hell equates to destruction; one does not simply physically die, one spiritually dies as well.

This is consistent with the way the Old Testament Scripture describes God’s punishment of the wicked. Throughout the Old Testament, condemnation of the wicked occurs via destruction, not eternal punishment. Psalm 37, for example, begins: “Do not fret because of evil people, or be envious of those who do wrong; for like the grass they will soon wither, like green plants they will soon die away.”   Or, consider the episode wherein Dathan and Abiram are swallowed up by the ground after opposing the authority of Moses and Aaron. Numbers describes their judgment this way: “They joined Korah’s followers when they defied the Lord’s authority. The ground opened up and swallowed them along with Korah. They and their followers died when the fire consumed the 250 men” (Numbers 26:9-10). These passages do not suggest that the wicked live eternally in the depths of the earth, surrounded by torturous fires. Rather, the overarching truth is that the wicked had been consumed by divine judgment. They have ceased to exist. Simply put, one cannot be “alive” in hell; it is the place of death. 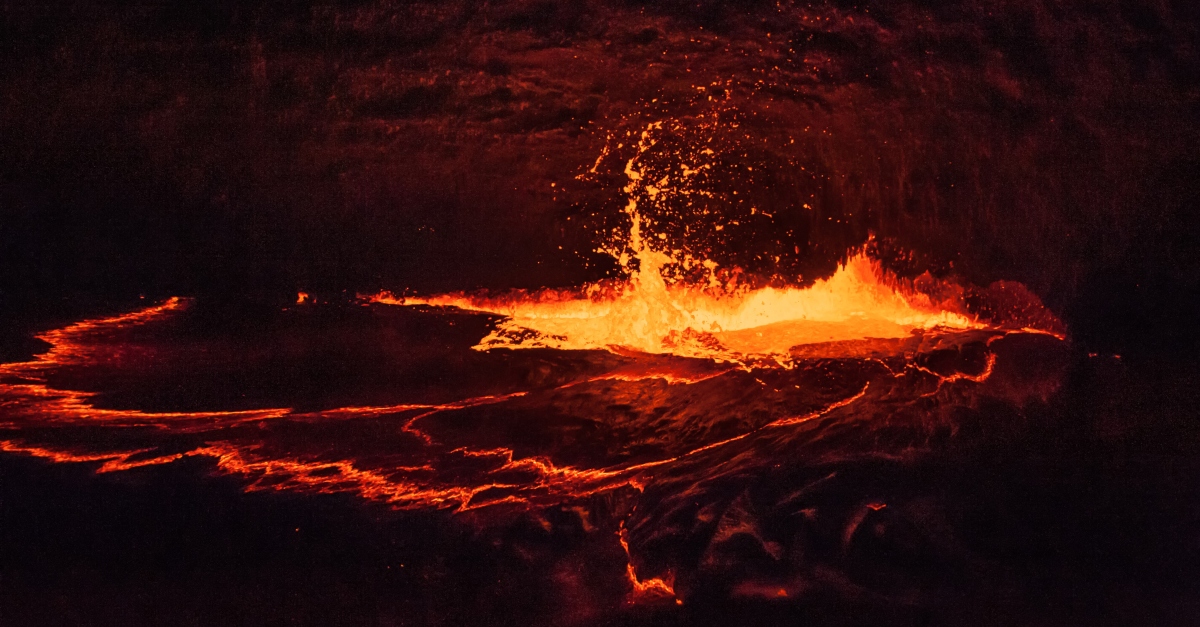 Fire Is an Image of Destruction, Not Torture

This brings us to a very important question: If hell is best understood as eternal death, then why does the Bible frequently use images of fire to describe this eternal state? Jesus’ parable of the Rich Man and Lazarus, for example, seems to indicate that hell is a place where one is surrounded by eternal flames (Luke 16:24). If hell is a place of destruction and death, then why all the fire?

We must always remember that Bible describes spiritual truths by using the words, images, and metaphors common to the first-century world. Jesus builds his parables around recognizable stories and situations. As we today are separated from the biblical world by several millennia, these references are not always recognizable. The depiction of hell is one of these occurrences.

In speaking about hell, Jesus often uses the word Gehenna. Over time, this word came to be associated with torment, misery, and weeping. Thus, we translate this word as “hell.” In the first century world, however, Gehenna referred to a valley outside Jerusalem. This valley was used to burn the bodies of animals, criminals, and other forms of refuse. Importantly, the fires of Gehenna never went out.

The reason this valley was chosen to be a place of burning was because, at one point in Israel’s history, the wicked in Jerusalem used this place to sacrifice children to the god Molech. Jeremiah refers to this, noting the specific location this idolatrous practice took place. He cries out: “The people of Judah have done evil in my eyes, declares the Lord…. They have built the high places of Topheth in the Valley of Ben Hinnom to burn their sons and daughters in the fire, something I did not command” (Jeremiah 7:30-31). The Valley of Ben Hinnom – later recognized as Gehenna – came to be understood as a place of wickedness. Due to this association, this valley was unusable to Israel, and thus it became the place to burn away all that was unclean. The bodies of the wicked, along with other refuse, were thrown into the valley to be consumed by fire. Therefore, going to Gehenna (i.e., being burned with the garbage) was deemed the last act of judgment upon the wicked.

This is the image that Jesus uses when describing hell. Jesus never intended to refer to a physical place of endless torment, but to a place where the wicked are consumed in fire. Jesus never taught that the wicked live on a spiritual garbage pile for eternity. Rather, they are consumed. Gehenna, therefore, is not a place where the wicked feel the heat of torturous flames. Those who suffer the consequence of sin are judged accordingly and consumed in the fire of judgment.

Did God Create Hell … or Did We?

In one respect, we can answer the original question affirmatively. Did God create hell? Yes, Gehenna is a physical place. Jesus points to a particular location as an image and illustration of hell.

In another respect, however, Gehenna is created by the sinfulness of humanity. It is sinful humanity that creates and lives out separation from God. Paul’s very language of death being a “wage” for sin implies this (Romans 6:23). A wage is that which is rendered unto someone in response to a work or an earning. The implication is that eternal death occurs as a result of our own sinful choices.

This is the very point of Christ’s parable of the Rich man and Lazarus. In this parable, the predominant image of hell is not one of fire or torture, but one of separation. Abraham says to the rich man, “between us and you a great chasm has been set in place” (Luke 16:26). Hell is described as eternal separation from God. This eternal state of separation is an outcome of the very life that the rich man chose for himself.  In a similar way, we can say that hell is reserved for the very people who choose it.

God creates humanity with free choice. In God’s love and mercy, God gives humanity the capacity to reject him. Not only does God give humanity the ability to reject the Lord of life, but God also respects that choice. Like the rich young ruler, Jesus allows us to walk away from him (Matthew 19:22). This same principle applies to our eternal life. Jesus makes eternal life available for all who come to him in faith.  It is, however, our choice to accept this invitation or not. If we decide to reject the gift of eternal life, then that which awaits us is the antithesis of eternal life – that being death. While this may not mean that we will feel our skin burning under eternal fire, this does mean that our eternity will be defined by the absence of God’s love, grace, and gift of salvation.  If that is the case, how can we not refer to this as anything else but hell? 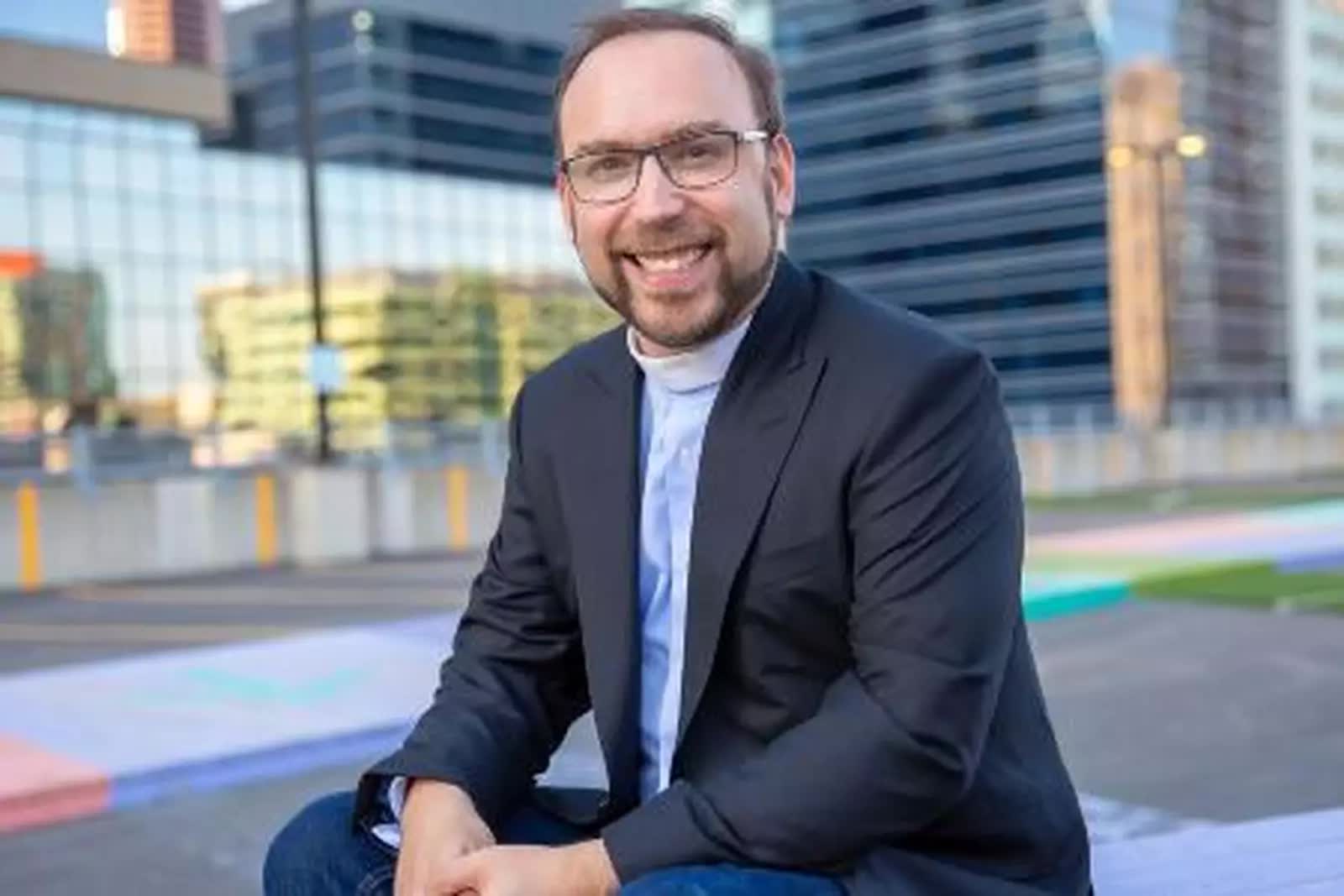 The Reverend Dr. Kyle Norman is the Rector of St. Paul’s Cathedral, located in Kamloops BC, Canada.  He holds a doctorate in Spiritual formation and is a sought-after writer, speaker, and retreat leader. His writing can be found at Christianity.com, crosswalk.com, ibelieve.com, Renovare Canada, and many others.  He also maintains his own blog revkylenorman.ca.  He has 20 years of pastoral experience, and his ministry focuses on helping people overcome times of spiritual discouragement.

This content first appeared on Crosswalk.com and is used here with permission. To view the original visit: https://www.crosswalk.com/special-coverage/heaven-hell/did-god-create-hell.html